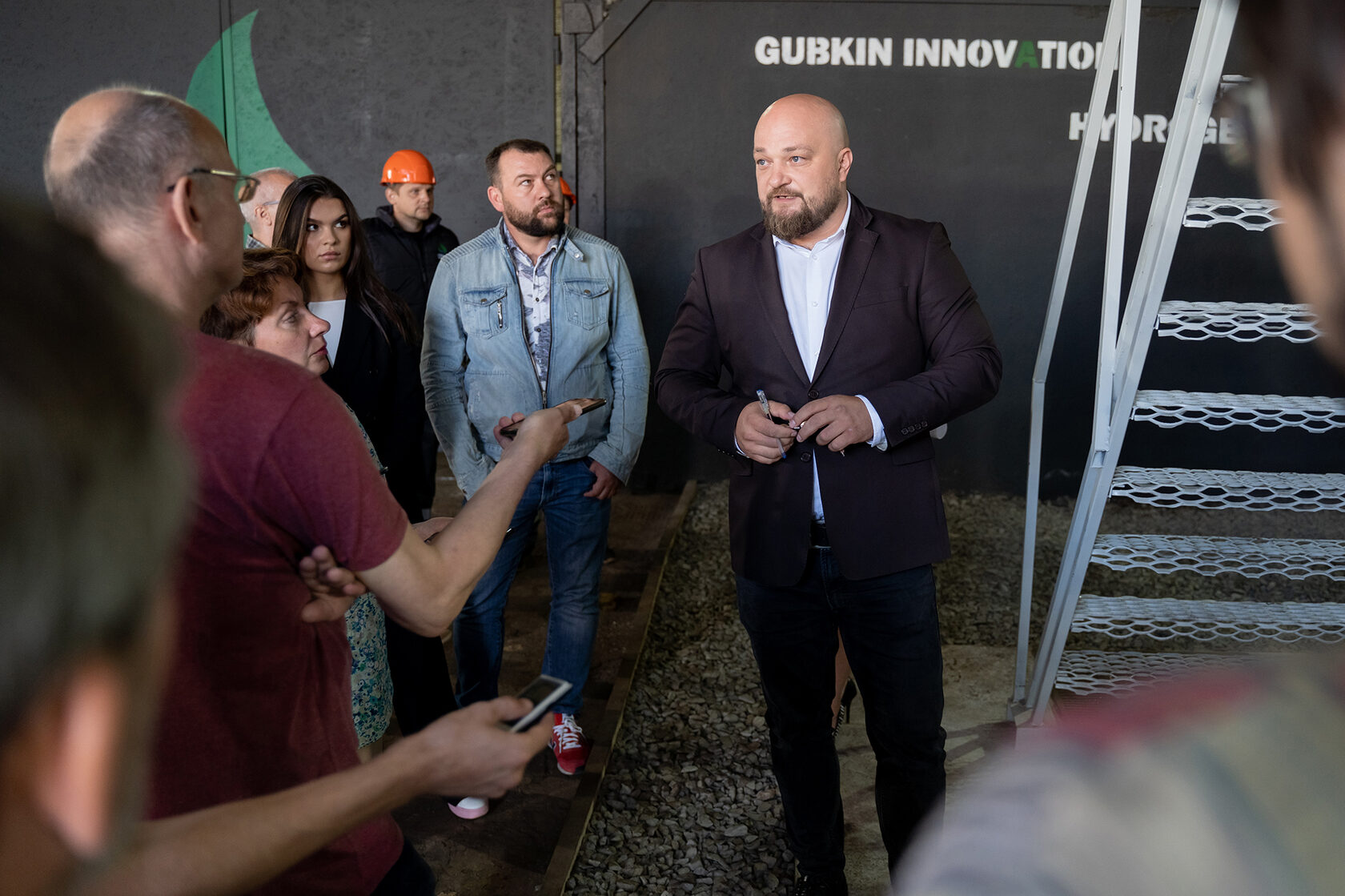 The equipment that performs the function of a waste processing plant allows you to completely destroy all types of garbage without preliminary sorting: industrial, agricultural, municipal, plastic, biomedical and dangerous.

The operation of the machine is based on a unique recycling technology, the only owner in the world of which is Gubkin Innovations. During the destruction, the garbage mass enters the machine into a closed vacuum space, where it is completely transformed into energy under the action of a physico-chemical reaction without access to atmospheric air. The energy can then be directed to the organization of the work of housing and communal services, for example, hot water supply, heating, or, conversely, for the transformation of heat into cold.

The process of waste disposal taking place in the inverter is monitored by 2 specialists. One feeds garbage to the device's camera, the second monitors the operation of the systems at the control panel. The equipment operates 24/7 and, depending on the installation location – in a residential area or on a landfill - processes from 30 to 6000 kg/hour. At the same time, the machine does not require additional energy sources and does not create harmful environmental emissions into the environment during the disposal process: dioxins, sulfur oxides, nitrogen, carbon, soot, hydrogen sulfide, fluorine, chlorine and other chemical compounds.

"In 2019, there were more than 14,000 large garbage dumps and at least 60,000 unauthorized landfills in Russia. More than 90% of the garbage was disposed of, about 4% was recycled, less than 2% was incinerated, while releasing heavy metals and dioxins*into the environment. The unique high-tech equipment of our company changes the paradigm of waste management around the world and allows you to dispose of garbage without harm to the environment. Gradually, inverters will not only replace waste recycling plants, but will also be installed as mini-systems for waste disposal in apartment buildings, private buildings, public institutions and industrial facilities. Thus, in the future, there will be no need to create landfills, since garbage will be destroyed in places of human activity."

According to the results of the conducted research, the GUBKIN-INNOVATION series of hydrogen inverters received declarations, certificates and conclusions, including a sanitary and epidemiological conclusion, valid on the territory of the Russian Federation and the countries of the Eurasian Economic Union**. The first stage of complex testing of models of HI-series hydrogen inverters has been completed at the company's test site in Petrozavodsk.

* According to the statistics of the independent international organization Greenpeace.

** International Organization for Regional Economic Integration, which includes the Russian Federation, the Republic of Belarus, Armenia, Kazakhstan and the Kyrgyz Republic.